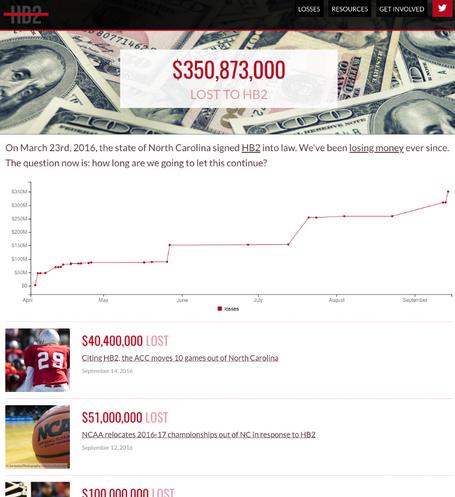 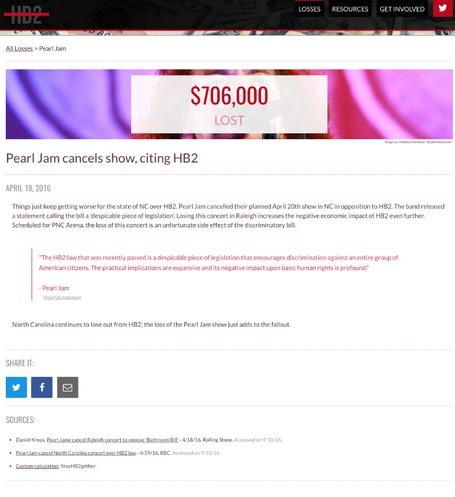 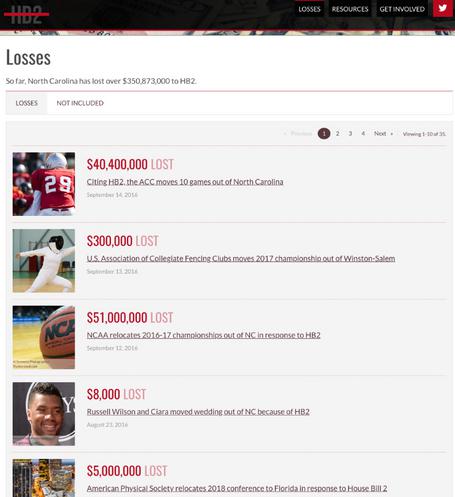 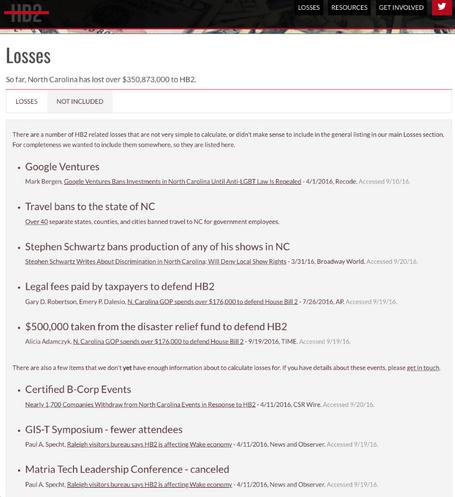 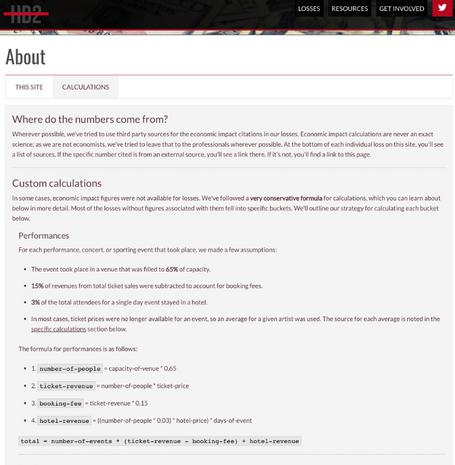 This is a Rails based website, and uses D3 as it's charting library. It also uses a bit of NLG (via Wordsmith) on the individual loss pages. Rachel didn't want to have to manually update the website each time she recorded a new loss, so she used Google Apps Script to listen to a master CSV where HB2 related losses were recorded, and hit a custom webhook on the site when items changed. A new loss entry would then be created for the site, using the Wordsmith API to generate new text content for the NLG portion of the loss.

As an NC resident, Rachel felt pretty strongly about HB2 (also known colloquially as the "bathroom bill") when it was signed into state law. Via a hackathon at Automated Insights, Rachel decided to take the time to try and help raise awareness for the cause. There were already a number of local efforts aimed at raising awareness from the civil rights angle; so she decided to take a different tactic. She aimed to create a website that publicized the amount of revenue lost to the state of North Carolina as a result of the bill.